The Italians appreciate beautiful life and beautiful things – it’s clear why the most magnificent and amazing cars are made in Italy. In each of them, designers embodied the power, character and a dream, forcing the whole world to go insane from them, and competitors – to try to repeat ideal images.

The most impressive Italian cars are presented in the following review. In addition, some of them are available for temporary use at rentalcars24h, thus everyone has the opportunity to experience these icons of style and speed…

The model replaced the famous Testarossa, and became the benchmark of the entire generation of sports cars of the period of “zero” years. The eminent Italian bureau worked on the design of this car, creating perhaps the most elegant car in the world. A long hood with a small cabin, as well as a tail section with a spoiler, radiator grille and air compartments for the power unit refer to the Italian classics – the front-engine model Ferrari Berlinetta. 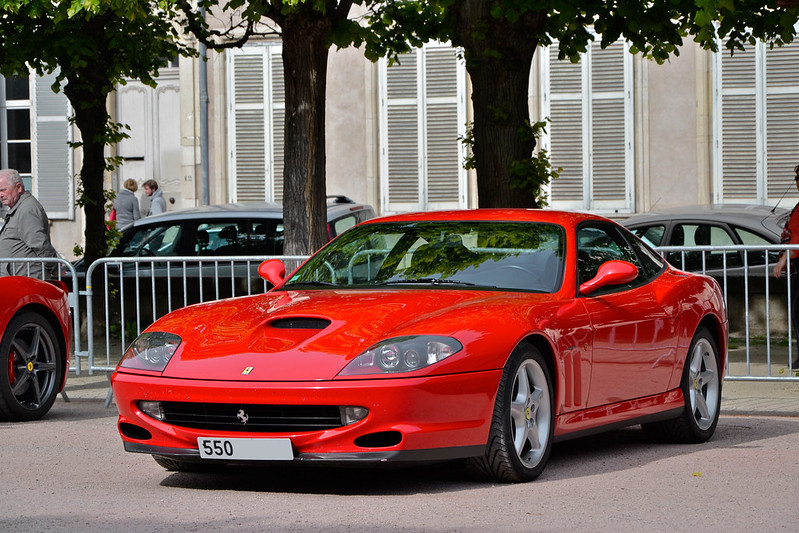 Innovative solid blocks of front headlights were done for the first time on Ferrari 550 Maranello. It’s surprising that with an enchanting appearance, the interior of the car is also just phenomenally ascetic. Minimum details, no expensive materials, only modesty and simplicity – these are the major features of 550 Maranello. However, it should be noted that the interior is made of thin black leather, and the dashboard is neatly inscribed in a laconic interior.

The most stylish element of the interior is the luggage rack behind the seats, which accommodates a medium-sized suitcase and even fixes it with special straps with spectacular metal buckles. Under the hood of 550 Maranello there’s a 485-hps 5.5-liter V12 engine, which helps the car to reach the speed of 320 km/h.

In fact, Maranello was tested on the Formula 1 racetrack, and its power unit was developed in accordance with the requirements of the Gran Turismo, including electronic fuel injection, hydraulic valves and a variable reverse exhaust system.

The model name has no literal translation, denoting an enthusiastic exclamation at the sight of something incredibly beautiful. Probably, it shows the feeling, impression, and delights that young designer Marcello Gandini put into this strange, too angular, too wide, and not at all aerodynamic car body. 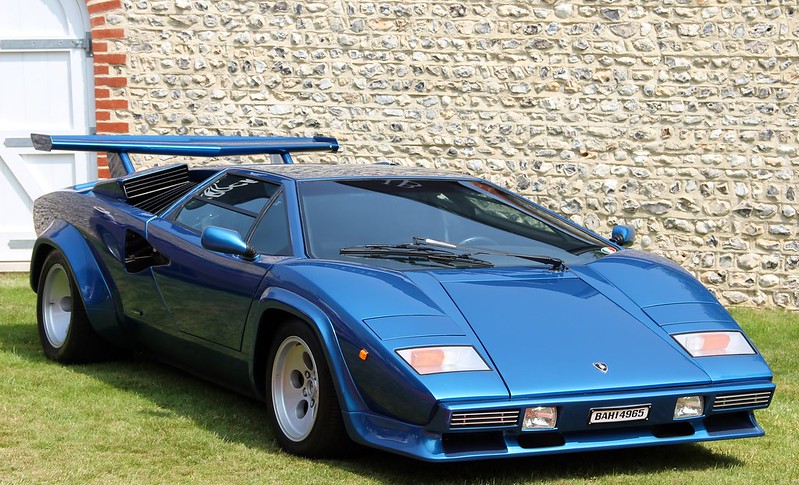 As a result, we got a real transport of Darth Vader, which is so unlike the other, frankly sexy Italian cars. Thanks to the quirk of Gandini, for the first time in the history of the automotive industry it was necessary to construct unusual doors, since standard doors simply would not fit because of the wide body and huge doorways.

Paradoxically, such a unique image became not just a cult, but also a benchmark for automotive designers of the next few years.

This brand has both fanatical fans and equally vehement opponents. Opinions about the models vary just as drastically: Brera is a luxurious and unreasonably expensive, technological and absolutely unreliable car. But at the same time, almost every motorist would like to have such a car in his garage. 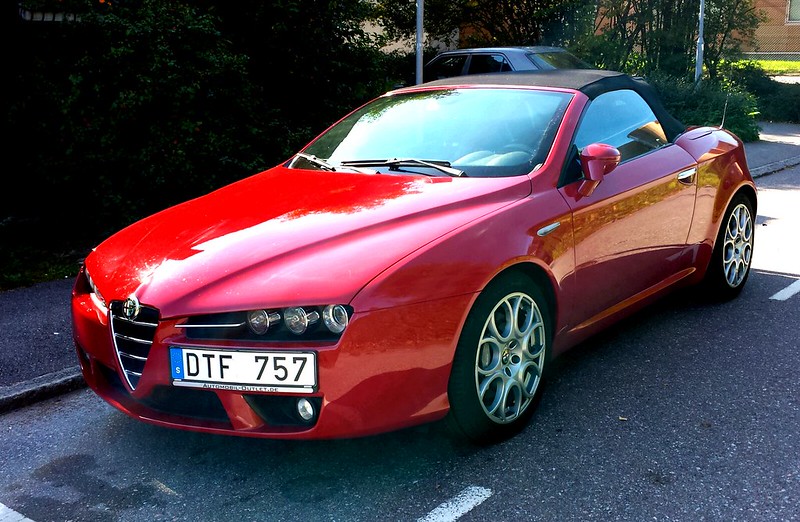 The Brera model is loved by many people even with its rather gloomy face, which at the same time, annoys, revolts, but constantly beckons. In fact, almost all the creations of Giorgetto Giugiaro evoke precisely such feelings, which don’t prevent the car from winning countless prizes and awards.

Although this 3-door sports car looks like Alfa Romeo 159, it was gained worldwide fame and reverence anyway. The narrowed 6-eyed optics, famous V-shaped radiator grille with horizontal bars, smooth lines, and a swift silhouette make you forget about the disgusting aerodynamic characteristics of Brera!

The name given in honor of the Spanish bull breeding farm for bullfighting is perfectly suited for this car. Extremely harmonious, thoughtful and careful design of the car has nothing superfluous. Everything in this model – from the button hidden in the ventilation slots of the lock to the recessed headlights that emerge when the dipped beam is turned on – attracts attention and fascinates. 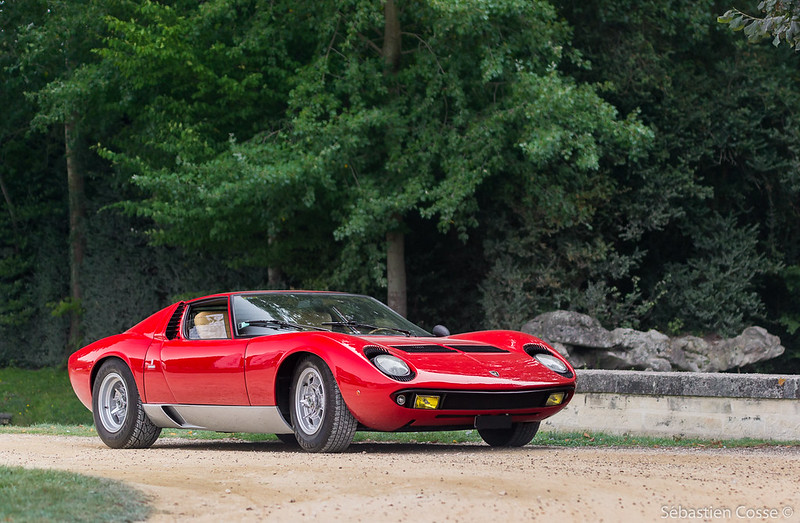 Squat car body with a massive front and chopped off back doesn’t seem at all absurd. A large air duct, framed by cilia, a single glazing area, merging together the frontal and side windows, as well as clear, but smooth contours demonstrate the swiftness, which is provides by a 350-hps V12 engine.

Quattroporte is an iconic super-sedan and a car for true connoisseurs of luxury. This is a legend with half a century of history, which changed the concept of luxury. Born in 1963, the model revealed a new car class – an everyday sports car. Already in its first generation, Quattroporte demonstrated a strong-willed character under the appearance of a respectable Italian. This feature bribed Anthony Quinn, Marcello Mastroianni, Prince Rainier and other celebrities, who became one of the first owners of the model. 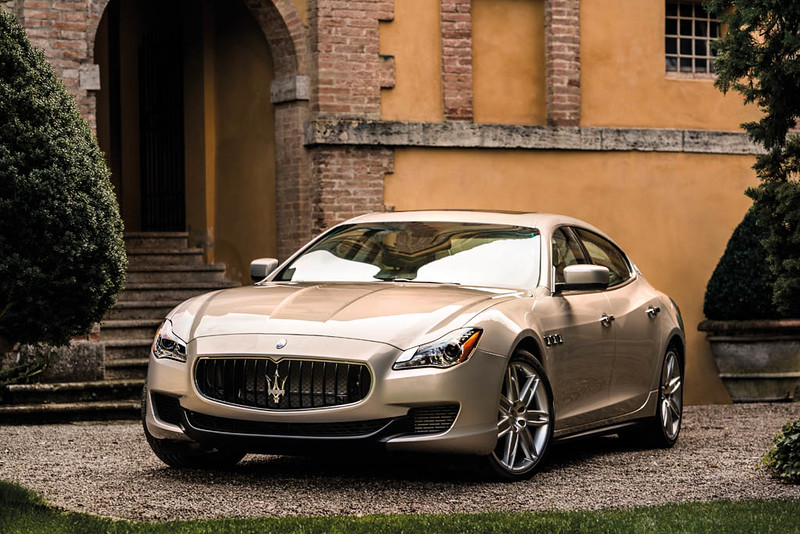 Now in its sixth generation, the car hasn’t lost that perfection and elegance, laid by designer Pietro Frua. It still charms with embossed air intakes, beautiful front spoiler, chrome-plated inserts on the bumper, and elegant optics. This is a car that you want to drive along the vineyards to your own seaside villa.

Italian designers have long been recognized as one the best automakers in the world. Their formula for success is attention to detail, not just the overall concept. Each model they assembled is a personality, character, strength, power. This beauty forces motorists to open their hearts and wallets in pursuit of another Italian beauty.